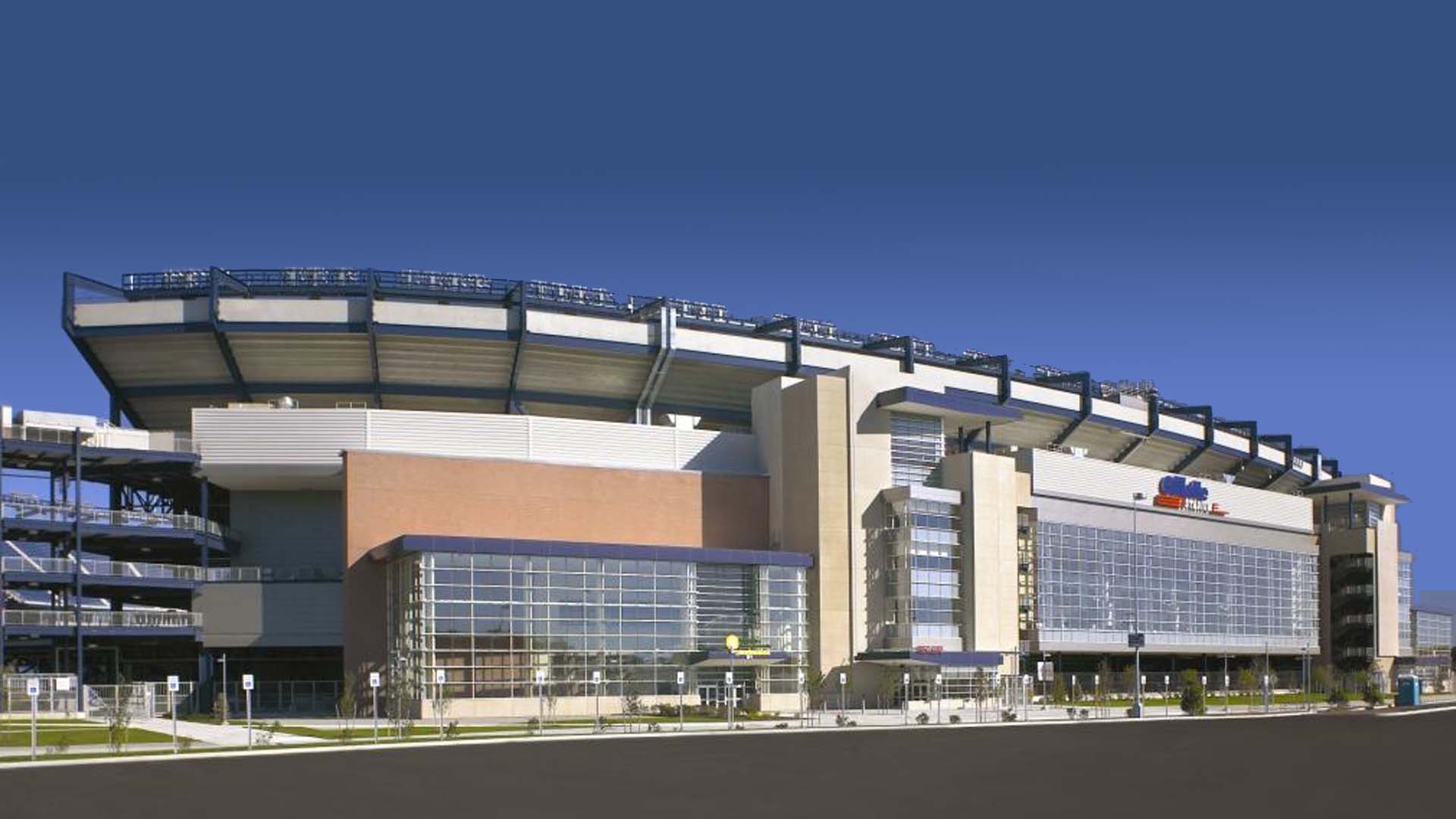 Gillette Stadium is a 68,000 seat NFL stadium built for the New England Patriots. The design/build project
includes 80 luxury suites seating 2,000 and 6,000 club seats. The stadium, which opened on August 17, 2002, is recognized by the bridge and lighthouse feature at the north entrance.

The west sideline lower seating deck was constructed as a cast-in-place concrete slab on grade cast directly on the side of an existing escarpment. The balance of the lower seating deck was framed with precast concrete seating units. Structural steel was used for the primary structural frame which was designed to resist both hurricane force winds and moderate seismic forces. The foundation consists of spread footings bearing on glacial till. 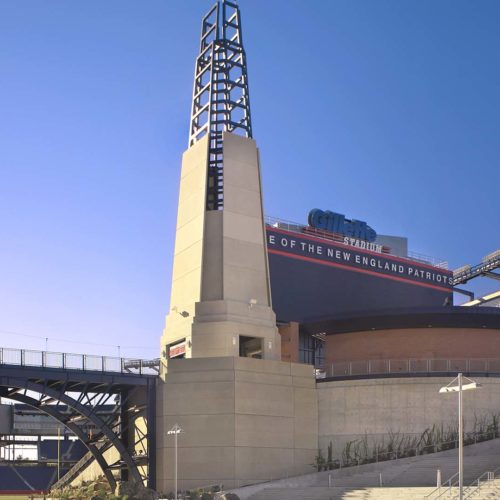 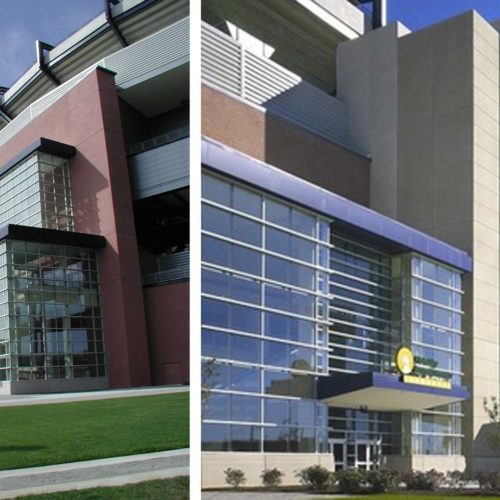