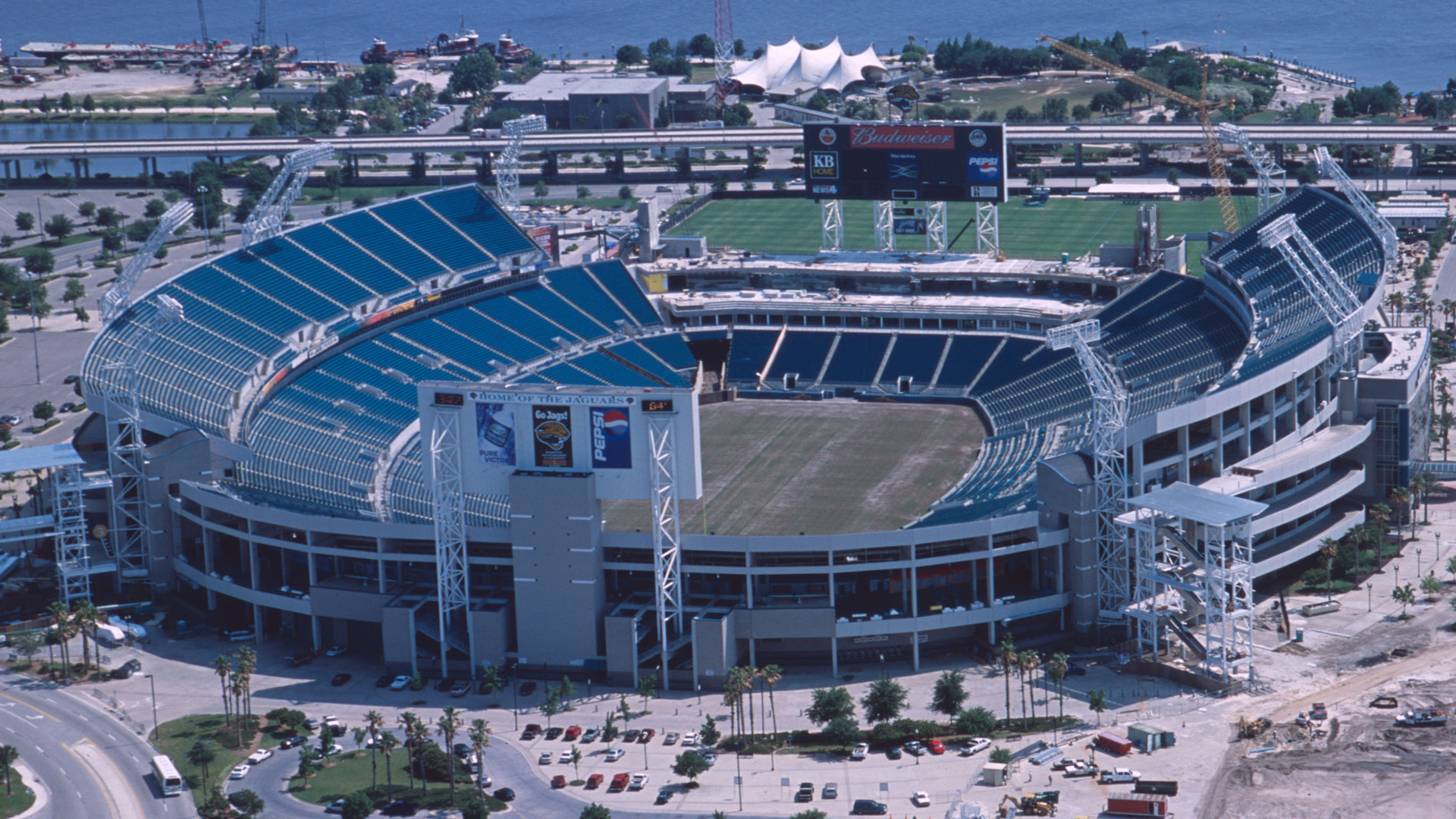 Opening game for both the NFL's expansion team, The Jacksonville Jaguars and Alltel Stadium was held on August 18, 1995. The former Gator Bowl was nearly completely demolished with the exception of the concrete west upper deck and ramps. The new stadium, seating 73,000 NFL fans and expanding to 82,000 for collegiate football is framed in concrete using composite precast, prestressed joists and soffit beams and is supported on an auger cast-in-place pile foundation. Design and reconstruction was completed in just 22 months.